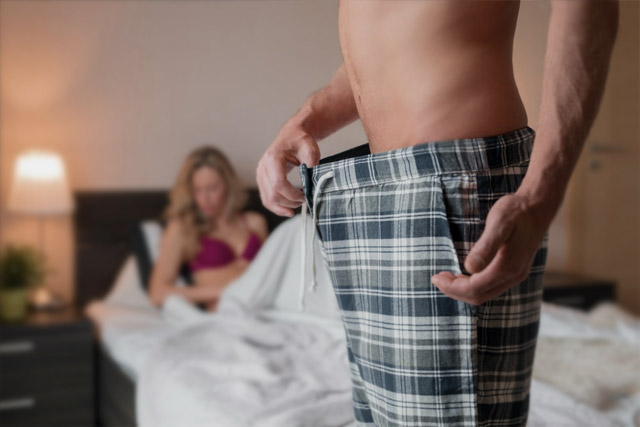 Discussing sexual health has been taboo for many years. Luckily, now people are more open to discussing their sexual health so that they can increase their quality of life and become happier. Do you have any concerns about your sexual health? Are you worried that your erection lasts shorter than you think it should? Or do you think it lasts too long? Whatever the reason you are looking for the answers, we are ready to provide you with them.

What Is Erection? Its Types

An erection is a mechanism in the male body that appears in response to sexual stimulation. By the way, the stimulation may be visual, audial, imaginary, or tactile. Erections occur due to an increased blood flow to the penis. The cavernous bodies of the organ extend, filling with blood. This results in your penis growing in size and becoming firm.

Erection is a healthy reaction of a man to any kind of sexual stimuli. However, it can also appear under some other circumstances. Based on what has caused such a physical reaction, there are three types of erections:

How Long Should It Last? What Does It Depend on?

While there are lots of criteria determining what is normal and what is not, there is no precise timing for an average erection duration. Doctors say an average man can maintain an erection anywhere from a couple minutes to half an hour. Of course, there may be significant fluctuations in how long men can stay erect. There is no golden standard, as we’ve already mentioned.

Some doctors claim the majority of men can maintain an erection for about 10 minutes. However, the duration of erection is considered normal as long as it is enough for a man and his partner to enjoy sexual activity.

How long you can you preserve erection depends on a range of factors, including:

The duration of an erection and the sex life of a man can be significantly interfered with by some sexual health disorders. They include erectile dysfunction (ED), premature ejaculation, and priapism.

The appearance of these health issues is a reason to seek professional medical advice.

By the age of 40, approximately 40% of American men will have difficulties getting and sustaining an erection. This condition is called erectile dysfunction. Men suffering from ED have significant difficulties staying erect even in presence of sexual arousal.

The maximum duration of erection in such individuals depends on the severity of their ED. The most common causes of this condition include:

The side effects of some drugs may also show through erectile dysfunction.

The American Urological Association claims premature ejaculation to be the most widespread sexual health disorder in men. About 30 – 40% of men deal with this condition. Premature ejaculation is diagnosed when a man ejaculates less than a minute after vaginal penetration and cannot control this. Naturally, his erection goes down once this happens. So such individuals can keep their penis erect for a few minutes only.

Among the causes of this condition, there are:

Priapism is an emergency medical condition. It is diagnosed if a man has a painful erection or their erection lasts longer than 4 hours. The main hazard of priapism is permanent damage to the erectile tissues of the penis, which may result in impotence and absolute inability to get an erection.

It’s essential to seek medical attention if the erection doesn’t go away for two hours or more. After 4 hours of waiting, the risk of tissue damage grows significantly. An episode of priapism may be provoked by:

How Long Can an Average Man Stay Erect? – Bottom Line

When it comes to an erection, there is no exact time frame that is considered healthy. All people are unique and have peculiarities that predetermine how long they can stay erect. Certain sexual health disorders may have an impact on erection maintenance. So once they occur, don’t hesitate to consult a medical specialist.

What Food Should I Eat for Prostate Health?

Why Is My Husband not Getting Erect?

Can Being Overweight Cause Erectile Dysfunction?